A Node.js tool to automate end-to-end web testing.Write tests in JS or TypeScript, run them and view results

What is E2E Testing ?

End-to-end testing is where you test your whole application from start to finish. It involves assuring that all the integrated pieces of an application function and work together as expected.

End-to-end tests simulate real user scenarios, essentially testing how a real user would use the application.

Its key feature is that it doesn’t use WebDriver to work with browsers as other solutions do. That is why it requires minimal test environment and it is installed with one command. Besides, this approach allows you to run tests on any physical device without requiring anything but the browser. Automatic waiting as well as the elegant and informative console reporter. The main drawback of TestCafe is that it emerged not long ago and has a much smaller community than its competitors.

Nevertheless, the community grows bigger and TestCafe already has a wide range of plugins that extend its functionality. It is undoubtedly worth your attention.

1- Works on all popular environments:

You do not need WebDriver or any other testing software. Install TestCafe with one command, and you are ready to test.

Getting Started with TestCafe

This guide provides step-by-step instructions on how to create a functional web test with TestCafe and contains the following sections.

Ensure that Node.js and npm are installed on your computer, then run a single command:

TestCafe allows you to write tests using TypeScript or JavaScript (with its modern features like async/await). By using TypeScript to write your TestCafe tests, you get the advantages of strongly-typed languages such as: rich coding assistance, painless scalability, check-as-you-type code verification, and much more.

To create a test, create a new .js or .ts file anywhere on your computer (test.js). This file must have a special structure: tests must be organized into fixtures.

3- Create a test and place your code there

You can simply run the test from a command shell by calling a single command where you specify the target browser and file path.

TestCafe will automatically open the chosen browser (chrome) and start test execution within it.

Hint: Concurrent test execution is not supported in Microsoft Edge.

While the test is running, TestCafe is gathering information about the test run and outputting the report right into a command shell. 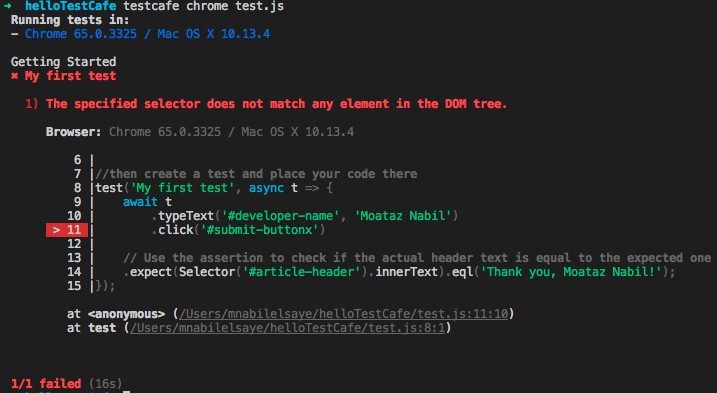 Reporters are plugins used to output test run reports in a certain format.

TestCafe ships with the following reporters:

1- spec – used by default (check the Results above) 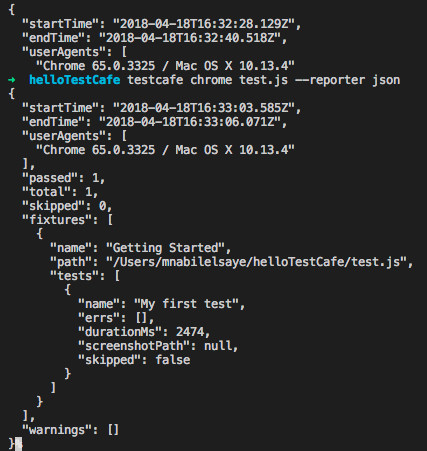 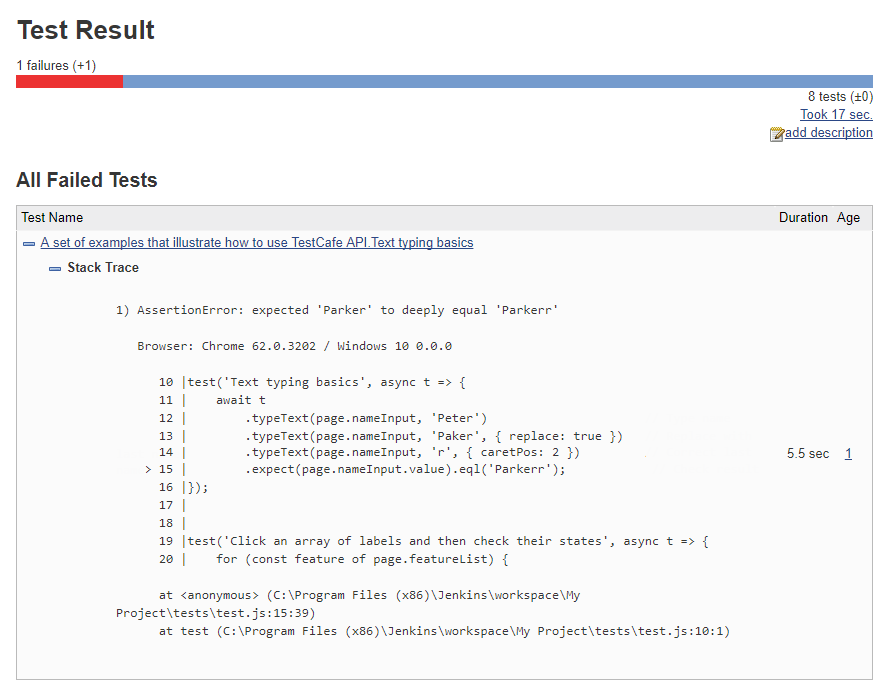 for more information about Jenkins CI

Run tests and view results from your favorite IDE:

Install the TestCafe Test Runner extension from VS Code Marketplace as described in the VS Code documentation.

Skilled, professional, and experienced tester with vast knowledge of agile development environment and testing practices. I like to make cool and creative Web sites with refreshing ideas View all posts by Moataz Nabil

This site uses Akismet to reduce spam. Learn how your comment data is processed.